How Are Medicare Whistleblower Rewards Paid in New Jersey?

Medicaid fraud and Medicare fraud is sadly on the rise, hurting our healthcare sector, the economy at large, and those who actually need 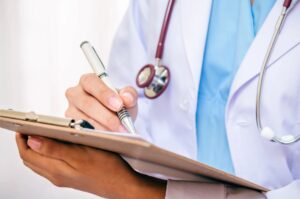 these medical services. Whistleblowing is a courageous and heroic act that should be encouraged and supported. It is everyone’s duty to report Medicare fraud if they come across it. Under the False Claims Act, a whistleblower can be paid, based on a particular reported Medicare fraud, a reward ranging from between 15 to 25% of what the government collects. It takes a lot of time and effort to uncover fraud and one needs to be compensated for it.

To receive the whistleblower reward, one must hire an attorney, on a contingency basis, to file a lawsuit against the medical facility responsible for the fraud. If one hires an attorney, the government will take the case seriously, and even assign a Department of Justice (DOJ) attorney to further investigate the case. By law, any claim filed by an attorney on behalf of a client must be investigated by a DOJ, otherwise, the DOJ may never learn about the allegations. Most whistleblowers are people who worked for the medical facility that committed the fraud, and because they usually have a good understanding of the fraud scheme, the government pays a substantial amount of money. In fact, most of them may have been asked to partake in the fraud itself.

The attorney will file a complaint under the False Claims Act (FCA) against the medical facility, and declare the fraud in detail. The evidence has to be specific and detailed if it’s going to convince the government to take the case, which means that choosing the right attorney will significantly impact the direction the case will take. The attorney will be working directly with the DOJ, thus it’s important to hire one who has worked for a DOJ before or one who has won reward cases. As mentioned earlier, the attorney takes the cases on a contingency basis, meaning they cover all the costs and take a piece of what the government will pay. The information provided to the attorney is entirely confidential, even if one ends up not working with that attorney.

In general, the following conditions apply:

An experienced attorney will help one determine if they fit this category.

If the defendant pays the government money to resolve the fraud case, again the 15-25% goes to the whistleblower. If the Department of Justice collects no reward, the whistleblower gets nothing. It is therefore pertinent for a whistleblower to first collect sufficient evidence to prove that Medicare fraud has been committed.