Despite advancements toward gender equality, sexual harassment still persists in all too many New Jersey workplaces. If you work in the Northern New Jersey region, and were subjected to sexual harassment on the job, you should know about your legal rights and how to exercise them.

Do I Have a Sexual Harassment Case?

In order to answer this question, it is necessary to discuss what sexual harassment is.

Sexual harassment, which can contribute to a hostile work environment, occurs when an employee “is subjected to sexual, abusive, or offensive conduct because of his or her gender.” Sexual harassment can take many forms, such as sexually explicit or suggestive emails, statements, jokes, or questions. In some cases, the harassment even extends to physical contact.

Regardless of the harasser’s gender, sexual orientation, marital status, years of experience at the company, or other job-related or personal factors, sexual harassment is prohibited by law. Specifically, the New Jersey Law Against Discrimination (LAD), which applies to all but federal employers regardless of company size, bans “harassment based on protected characteristics such as race, sex or nationality.”

Sexual harassment is further prohibited by Title VII of the Civil Rights Act of 1964, which generally applies to businesses with at least 15 employees, and which makes it illegal “to discriminate against any individual with respect to… compensation, terms, conditions, or privileges of employment, because of such individual’s” gender.

If you were subjected to sexual harassment, whether by your boss, your manager, a supervisor, or a co-worker of equal or lower standing at the company, you may be able to file a complaint and obtain compensation with help from a Northern NJ employment attorney. The next section discusses potential steps you can take to pursue compensation for the harassment you experienced.

Preserving written and dated records are one of the most important measures you can take to increase your likelihood of prevailing in a sexual harassment case.

A New Jersey sexual harassment lawyer can help you file a claim with the New Jersey Division on Civil Rights (DCR). The DCR will investigate your claim, and recommend for or against a finding of probable cause. The DCR Director will evaluate the investigator’s findings and recommendations to determine how the case should proceed.

If the DCR Director agrees with the investigator’s findings of probable cause, the next step is a scheduled hearing before an Administrative Law Judge (ALJ), whose decision will be reviewed and either confirmed or rejected by the DCR Director.

If you are able to prove that you were a victim of sexual harassment under the LAD, you may be entitled to various forms of compensation, or “damages.” Examples include: 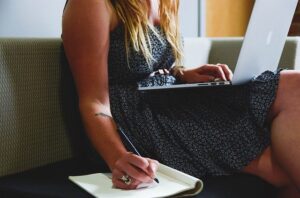 Sexual harassment cases can become highly contentious and emotionally charged, particularly if the employer is determined to deny that harassment occurred. It is in your best interests to have aggressive legal representation, as your attorney will be able to explain and uphold your rights, assist you with all aspects of your sexual harassment claim, and dispute evidence or counter-arguments against you.

Harassers often count on the assumption that their victims will not speak out. Do not allow a harasser to silence, abuse, or intimidate you. Take charge of the situation and assert your rights by contacting a New Jersey hostile work environment lawyer or sexual harassment lawyer. For a free and confidential legal consultation, call the Law Offices of Usmaan Sleemi at (973) 866-9415 today.